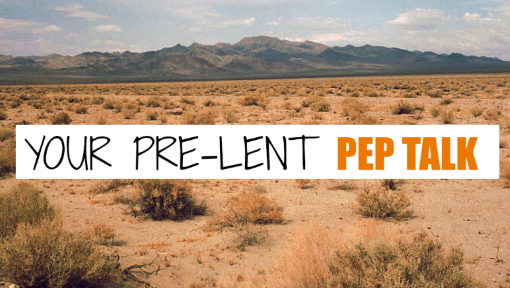 Before the liturgical reforms of the 1960 – 1970s, three pre-Lenten Sundays were part of the Church calendar. These Sundays, with the hard to pronounce names of Septuagesima, Sexagesmia, and Quinquagesima, denoted the seventieth, sixtieth, and fiftieth days before Easter. Given that they were celebrated on Sundays, they actually seven, not ten, days apart. They fall this year on February 13 (Septuagesima), February 20 (Sexagesima), and February 27 (Quinquagesima).

Septuagesima – seventy days
To Easter’s primrose tide of praise;
The Gesimas – Septua, Sexa, Quinc
Mean Lent is near, which makes you think!
–from the poem, ‘Septuagesima’ by Sir John Betjeman (1906-1984)

While we no longer (officially!) keep “gesima-tide”, it does afford us an opportunity to begin thinking about what Lenten disciplines we might observe as Lent nears. Here are a few: