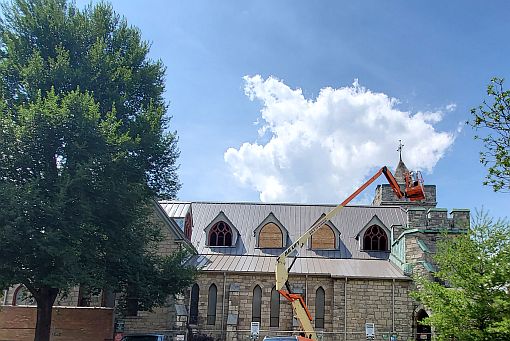 If you were at the church on July 31st, you may have noticed that the nave was rather dark for a summer’s morning.  The clerestory windows, in the dormers along the roof, have been removed for restoration work by J & R Lamb Studios.  While the windows are being restored, the wood trim, mullions and sills will be inspected and replaced as needed.  A rough time estimate for the glass restoration is at least 6 weeks.  In the meantime, the dormer window openings have been temporarily covered with wood to keep out the elements.  Lamb Studios arrived on Monday, July 25th to begin removal of the clerestory windows.  In a seemingly unfortunate start to this work, a torrential downpour occurred, luckily before the workmen got onto the lift to start the removal process.  But the weather soon cleared and the rain did not return until late Thursday after all windows had been removed and the openings covered.  The removal had been expected to take up to 2 weeks but was accomplished in 4 days with the workmen putting in some very long days. 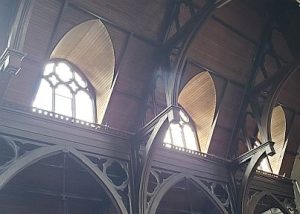 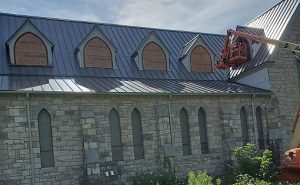 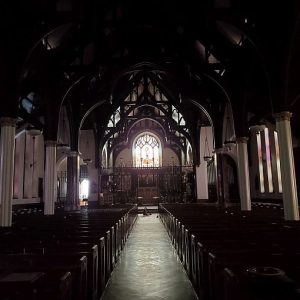